Is it me or is living with MS really hard?

Usually I shrug off negativity as it’s not helpful and I’m naturally a positive person, but just lately I’m struggling to cope.

It feels as if all my reserves of energy and resilience have depleted and I don’t have the emotional strength to fight on anymore. It feels like I’m on the edge of an emotional tightrope, with one side being strength and courage and the other side despair!

END_OF_DOCUMENT_TOKEN_TO_BE_REPLACED

I haven’t been officially diagnosed with SPMS, but I presume this is what I have as I haven’t had a relapse for years. I used to lurch from one devastating relapse to another and would never know when it would next strike me down.

Instead, my MS now behaves like a silent assassin, slowly and gradually eroding my ability and independence.

Lately, for example, I’ve been unable to get up and walk the short distance from my bed to my en-suite bathroom. I have to fumble about in the dark, trying to get on my scooter to get there which is noisy and time consuming.

Work is getting more and more difficult too as I’ve lost confidence in transferring from my scooter to my office chair and back. I now have to rely on colleagues to hold the scooter steady while I summon up the necessary “oomph” to manage it. They insist they don’t mind but I feel like a burden and imagine all sort of conspiracies when I’m not around.

END_OF_DOCUMENT_TOKEN_TO_BE_REPLACED 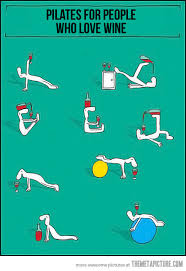 I fell off my Travelscoot last night whilst transferring from the toilet.

I have an accessible en-suite bathroom at home with handrails everywhere so it’s usually deliciously easy to transfer. Last night the scooter moved back slightly as I sat down, so I was perched precariously on the edge of the seat. I felt myself slip off and landed with a thud in the canvas basket underneath with my head firmly wedged under the seat.

END_OF_DOCUMENT_TOKEN_TO_BE_REPLACED

I’ve just finished reading “Resilience in the face of multiple sclerosis” by Brandon Beaber MD and feel inspired, and with a new sense of hope for the future.

I got my free, advanced copy of the book before its release, as Dr Beaber generously tweeted about this offer to spread the word.

As a psychology graduate, I was interested in the concept of resilience and have often pondered why we all react so differently to a life changing diagnosis such as MS. Why do some of us fight relentlessly and remain positive while others sink into depression and despair? Why do some of us adapt and live happy lives despite our disabilities while others are driven to suicide?

END_OF_DOCUMENT_TOKEN_TO_BE_REPLACED 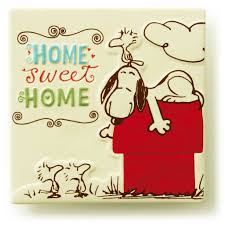 I just got back from a break with my family and although it’s always nice to get away, I’m relieved to be back in my accessible bungalow!

We were staying with relatives and I knew it would be challenging for me, but I always underestimate how disabled I feel when I’m not at home. I had no choice but be carried up the stairs by my husband and brother and the terror this evoked made me want to stay in rather than venture outside. I got out by bumping down the stairs one by one on my bottom while my scooter was carried over my head.

The shower was also difficult, although not impossible, thanks to my husband being tall and strong but it was frustrating having to be taken to the toilet rather than coming and going as I pleased.

This got me thinking about all the MSers trapped by inaccessible accommodation.

END_OF_DOCUMENT_TOKEN_TO_BE_REPLACED

Last week I wrote a “ranty” post about negative representation of MS and disability in the media, particularly BBC1’s EastEnders suicide storyline.

I was so cross about this I’d forgotten all about the deliciously diverse and inclusive new drama, “Years and years” written by Russell T Davies. Ironically, this was also on BBC1 and was the most positive portrayal of disability I’ve ever seen on TV.

END_OF_DOCUMENT_TOKEN_TO_BE_REPLACED

I’ve been a fan of EastEnders since they discovered Reg Cox’s lifeless body in 1985. I love it but have never felt more like throwing a brick at the TV than I did after last night’s episode.

Dinah, a character with MS, killed herself, after weeks of misery and despair caused by her situation. Despite having a young daughter, she presumably took an overdose and ended her life.

I’m so cross about this as I feel the BBC missed an opportunity to represent MS how it is for thousands of people. Although I accept some people do feel desperate and suicidal, I’m incensed that MS and disability is depicted in such a negative light.

Representation of MS in the media is always extreme. Either people are winning Paralympic medals and skydiving or they’re desperate and suicidal.

Neither of those extremes represents me, or thousands of other MSers around the world. What about those of us who struggle to continue working or raising children? Those of us who try to maintain friendships and a social life despite everywhere being ridiculously inaccessible! What about the majority of us just getting on with it and trying to remain positive despite MS bulldozing through our lives?