I’ve been a fan of EastEnders since they discovered Reg Cox’s lifeless body in 1985. I love it but have never felt more like throwing a brick at the TV than I did after last night’s episode.

Dinah, a character with MS, killed herself, after weeks of misery and despair caused by her situation. Despite having a young daughter, she presumably took an overdose and ended her life.

I’m so cross about this as I feel the BBC missed an opportunity to represent MS how it is for thousands of people. Although I accept some people do feel desperate and suicidal, I’m incensed that MS and disability is depicted in such a negative light.

Representation of MS in the media is always extreme. Either people are winning Paralympic medals and skydiving or they’re desperate and suicidal.

Neither of those extremes represents me, or thousands of other MSers around the world. What about those of us who struggle to continue working or raising children? Those of us who try to maintain friendships and a social life despite everywhere being ridiculously inaccessible! What about the majority of us just getting on with it and trying to remain positive despite MS bulldozing through our lives?

END_OF_DOCUMENT_TOKEN_TO_BE_REPLACED 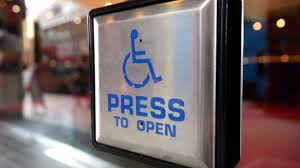 When I think about the disability pay gap, I feel a seething anger. I consider my own recent experiences of trying to further my career and can’t help wanting to stamp my foot at the unfairness of it all.

I’ve been for 3 internal job interviews in the last few years and all have been unsuccessful. All 3 jobs I’d either done before or have considerable skills and experience in similar roles so why has it been so hard for me? Does my spectacular failure have anything to do with my disability or am I just paranoid?

END_OF_DOCUMENT_TOKEN_TO_BE_REPLACED 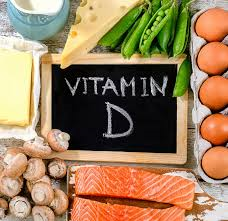 A few years ago, research suggested that many MSers were deficient in vitamin D. It was even thought this could be part of the cause, explaining why northern hemisphere countries with less sunlight had higher rates of MS in the population.

We were advised to start taking supplements and make sure we were ingesting 10,000 international units (IU) per day.

With this in mind I had my blood tested and it was confirmed I was deficient, so I happily started taking a daily high dose (6000 IU) as prescribed by my GP.

I had a blood test last week and was shocked when my GP called to break the news that my vitamin D level was dangerously high! He said the normal range was around 150 and mine was 195.

Thinking I knew best I argued with him and pointed out the research, but he insisted the level was dangerous and advised me to stop taking the supplements for 6 months!

END_OF_DOCUMENT_TOKEN_TO_BE_REPLACED

December 3rd is International Day of Persons with a Disability 2018 (#IDPWD #PurpleLightUp) The theme this year is, “empowering persons with disabilities and ensuring inclusiveness and equality”

This is a huge theme as it aims to highlight the barriers to inclusiveness and equality disabled people are faced with every day. This got me thinking about what this theme means to me personally.

END_OF_DOCUMENT_TOKEN_TO_BE_REPLACED

This year I’ve managed to blag £10,000 worth of free stuff! I’m fairly bewildered as to how I managed it but sometimes, having MS has its perks.

It started with an adapted, accessible, en-suite bathroom which I was delighted to have installed in August while I was on holiday. I returned a week later, and it was as if the disability fairies had been and sorted out all my bathroom problems!

I’ve also had a non-stick ramp fitted outside so I can drive my scooter straight in to my house and a video door release thingy, so I can answer my front door from the sofa!

The icing on the cake was a brand new, shiny, Travelscoot that arrived last week to replace my well used original.

END_OF_DOCUMENT_TOKEN_TO_BE_REPLACED 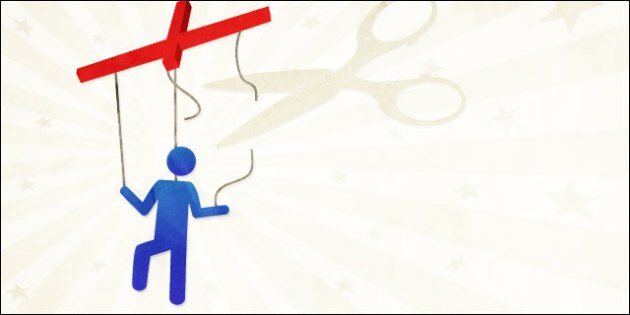 This week I was invited to attend a workshop on independence in MS in London. The irony of this was not lost on me as I contemplated the mountain of preparations needed to get me to London.

The trains were all over the place as usual, so I ended up getting a taxi from my house in Brighton to the event in Covent Garden! Changing trains and getting replacement bus services is not an option for disabled people so I was grateful my expenses were paid by someone else.

The workshop looked at what independence means for us MSers and we came up with “I” statements to describe how we’d need things to be to maintain our independence.

This got me thinking about how independence is an illusion for many MSers.

END_OF_DOCUMENT_TOKEN_TO_BE_REPLACED

I’ve stopped using Facebook and I feel strangely liberated! It was beginning to get on my nerves, all that scrolling through nonsense and other people’s opinions.

When you have a chronic illness like MS, I feel it’s important not to go on about it all the time, so I never mentioned it on Facebook. I didn’t want to be “that” person who wears their condition on their sleeve and never talks about anything else. It’s a myth that people like that raise awareness as all people do is scroll quickly past whilst yawning and raising their eyes to heaven!

END_OF_DOCUMENT_TOKEN_TO_BE_REPLACED

This week I’m been experimenting with CBD oil. I won’t go into huge detail about what I’m using and who I bought it from as I’m not entirely sure how legal it all is!

I’ve heard you can buy it in all sorts of places, but I’m concerned about being ripped off and want to try the real thing rather than an expensive product with little or no active ingredient.

I also have concerns about high profile news stories in the UK where people have been stopped bringing it in from abroad to treat sick children. It’s illegal so I don’t want to get arrested! It’s all very confusing but I can’t escape how good it’s meant to be for MS so wanted to give it a go myself.

END_OF_DOCUMENT_TOKEN_TO_BE_REPLACED

I’ve been preparing a presentation for a job interview this week. This is a promotion at work with much more money and responsibility. I think I’m qualified and have all the relevant experience, having done similar roles twice, so I think I’ve got as much chance as the other candidates.

I can’t help wondering if I’m kidding myself due to my disability though. Am I still employable now I can’t walk? Am I what the organisation wants to represent them?

END_OF_DOCUMENT_TOKEN_TO_BE_REPLACED 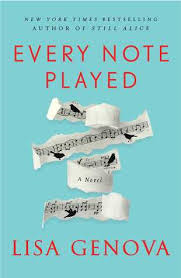 I’ve just finished reading “Every Note played” by Lisa Genova and am writing this through tears at the beautiful, insightful and moving portrayal of someone living with ALS.

ALS is another name for Motor Neuron Disease (MND) and I could see many parallels with MS. I have a fascination with reading about a life changing diagnosis as I can obviously relate to the characters and empathise.

I can relate to how the protagonists body began to let him down and how his initial denial led to fear and isolation. I can also empathise with how he didn’t want to confront his situation and let other people in to help him.